This print depicts a platoon of French soldiers, recognisable by their uniforms, as they march back to duty in the trenches.

Nevinson was conscripted in First World War but was discharged from service due to illness and acted as an official war artist from 1917. He did not wish to glorify the war but to capture the horror he had experienced first-hand. Nevinson used the angular and mechanical imagery that he saw in the work of the Futurists to create a dynamic but unsettling depiction of soldiers on the frontline. The figures are fragmented and overlapping and the soldiers are dehumanised and fused into a single mass of limbs, weapons and earth.

Bequeathed by Elnora Ferguson through The Art Fund (No. 2009.2)

We show a rotating selection of works on paper in our two dedicated exhibition spaces. If you wish to view a work on not currently on display, you can make an appointment to see it in the Prints and Drawings Study Room, which is equipped with lecterns and a study/seminar table. 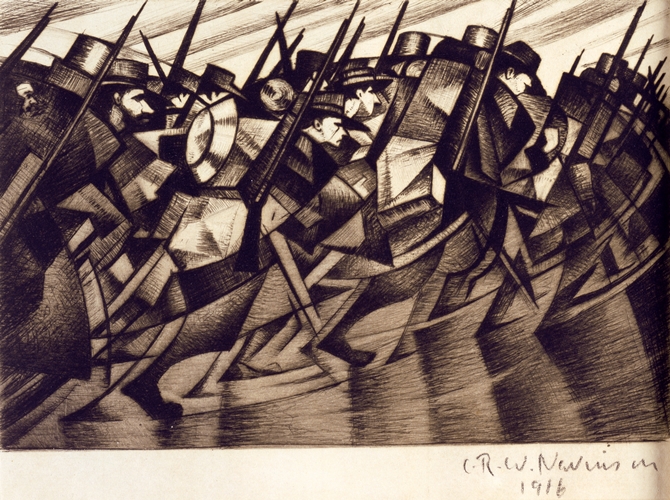