A satyr appears in a landscape that may have been inspired by the forest at Fontainebleu. As an artist renowned for a commitment to the faithful reproduction of nature, the presence of the satyr is uncharacteristic. Early in his career, Daubigny restored paintings at the Louvre and spent a brief period under the tutelage of academician Paul Delaroche. It was through etching that Daubigny first found artistic and financial success. His work was considered revolutionary at the time, and confirmed his status as one of the first great painter-printmakers of the 19th century. His landscapes and ‘plein air’ approach to working had a significant influence on the Impressionists, whom he knew and encouraged. While the satyr is uncharacteristic, this print is typical of his spidery style and atmospheric portrayal of nature imbued with great feeling. 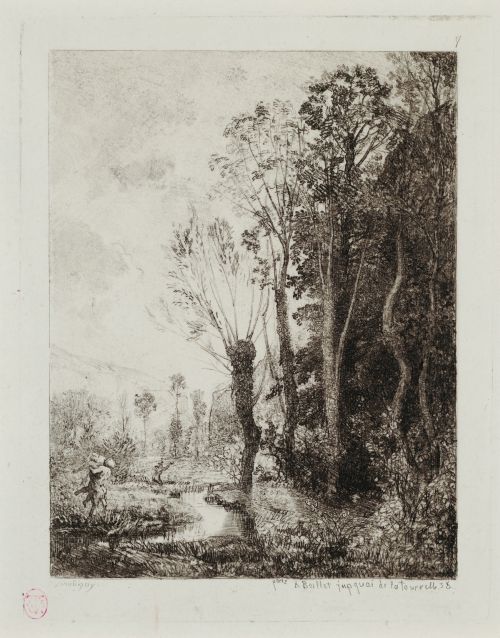