Bellows and the Body

The Real, the Ideal and the Nude

In February 2015 the Barber announced an important new acquisition – Nude, Miss Bentham (1906), an early masterpiece by one of the most significant American painters of the early 20th century.

This compelling nude study is only the second painting by George Bellows (1882 – 1925) in a British public collection and the first outside London. Bellows was a major figure in the ‘Ashcan School’: a loose grouping of artists who shared an interest in expressing the modernity of their urban environment– specifically New York City – and a social commitment to realism.

Focusing on the human figure, this exhibition features key loans from the US and the UK, including the Terra Foundation for American Art’s comparable oil of 1909, Nude Girl: Miss Leslie Hall, last shown alongside our nude in 1910.  The role of the body in the work of other artists associated with the Ashcan School, both within and outside the Life Class, is also explored. Displayed adjacent near the Barber’s outstanding collection of late 19th-century French paintings – important precursors for Bellows – the show offers visitors a unique opportunity to get to know a remarkable artist, who, although canonical in the States, is still unfamiliar across the Atlantic.

Take a look what our visitors said about the exhibition…

‘What a GREAT little exhibition! Really well researched. Those 2 powerful paintings of the Nudes are monumental’- Linda, Solihull

‘Wonderful glimpse of a corner of art history rarely seen in this country’- Terry, Birmingham

‘Interesting and informative about an artist I didn’t know’- M. Denham, Malvern

Learn more about George Bellows, the Ashcan School and the way these artists and their contemporaries in Britain treated the nude as a subject in art – and much more – in our dedicated website www.barber.org.uk/bellows.

It features fascinating essays, specially commissioned films, and information about our artist in residence.

Join Dr John Fagg on our dedicated exhibition website for an online Q&A. Please submit questions in advance to collections@barber.org.uk 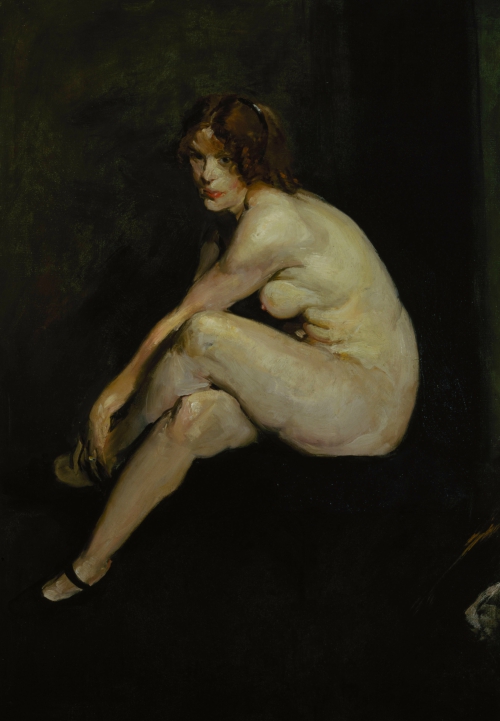 George Bellows and the Urban Scene

Introducing Bellows and the Aschan School

Bellows and the Barber