Joseph, at the top right, oversees the sale of corn during a time of famine.

According to the Old Testament, Joseph had stored the fruits of seven bountiful years and the people of Egypt, watched by the Pharoah, to the upper left, benefit from his foresight. Amongst the figures who buy corn, barter their goods and give charity are Joseph’s brothers (behind the camel).  They once sold him into slavery and now seek his aid. The Egyptian setting is established by the obelisk, but Breenbergh also includes Roman buildings which the Dutchman knew from his Italian journey (1619-29). 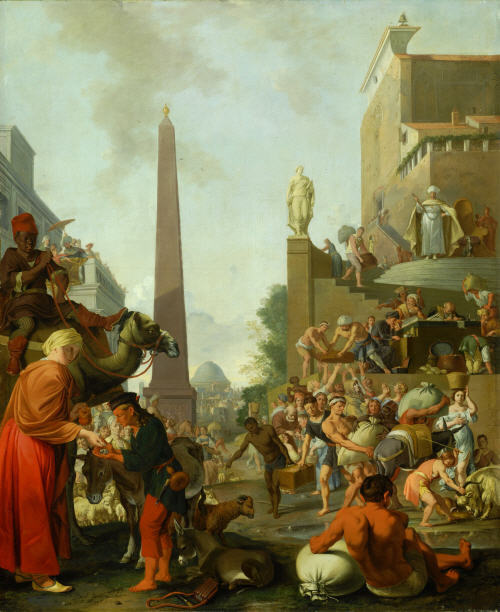