A young naked woman stands with her knee upon a bed.

Her pensive expression and downturned eyes suggest intimacy and naturalness. The loose, hastily etched lines highlight the mass and unevenness of her body rather than idealising her figure. The model is probably Dorothy McNeill, John’s muse and mistress from 1902. John trained at the prestigious Slade School of Art in London and was a hugely successful artist in his lifetime. Some of his portraits were considered unflattering by viewers and were occasionally rejected by their sitters. 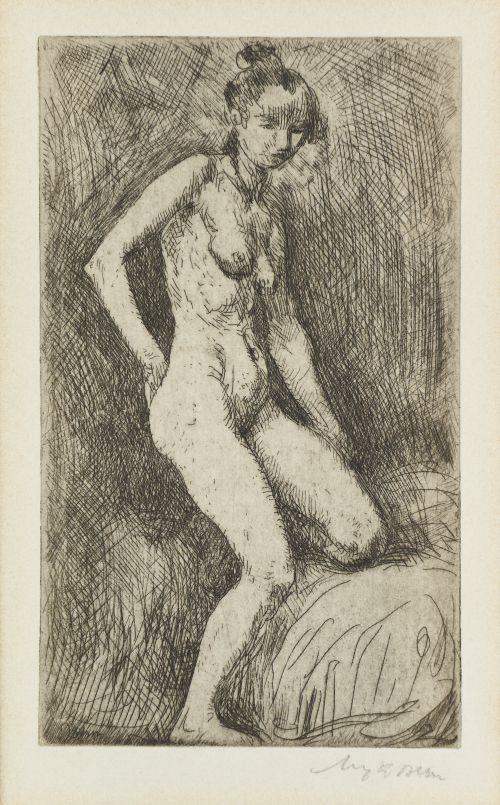