The Battle of the Beaux and the Belles

This drawing was published in the 1896 edition of Alexander Pope’s The Rape of the Lock (1714).

Beardsley’s drawing illustrates the moment the heroine Belinda attacks the Baron (opposite) with her fan after discovering he has cut and stolen a lock of her hair during their game of cards (Canto V: 75-102). The clothing worn by the subjects portray a range of styles in vogue in England in the eighteenth century.

Beardsley’s nine illustrations for this edition of Rape of the Lock were enthusiastically received by the British press before his untimely death in 1898.

Check out our range of Aubrey Beardsley prints, accessories and giftware: 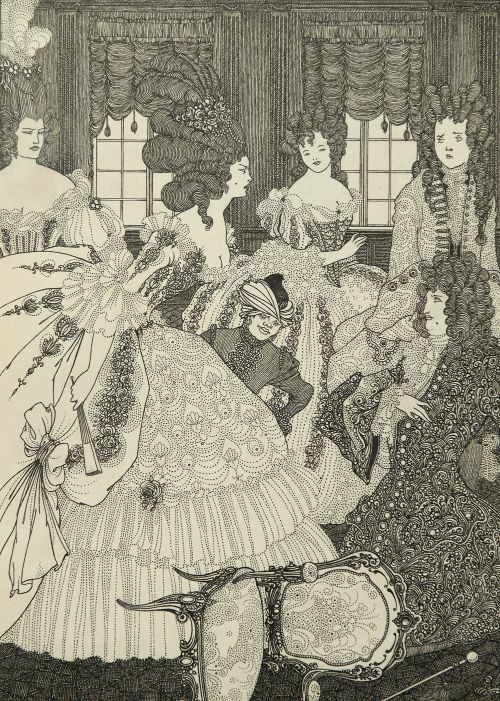