The Angel Appearing to Saint Anne

Probably Haarlem, Holland, the second quarter of the 17th century

Saint Anne, the mother of the Virgin Mary, is barren and she prays for a child.

An angel appears to announce that her petition has been answered and she is pregnant with a daughter.  The story of Anne and her husband Joachim does not feature in the New Testament; instead, it was taken from a body of writing known as the apocrypha, a rich source of religious legend.

De Grebber was a Catholic artist living in Protestant Holland.  He painted religious scenes for patrons in Flanders and the secret Catholic churches of Holland. 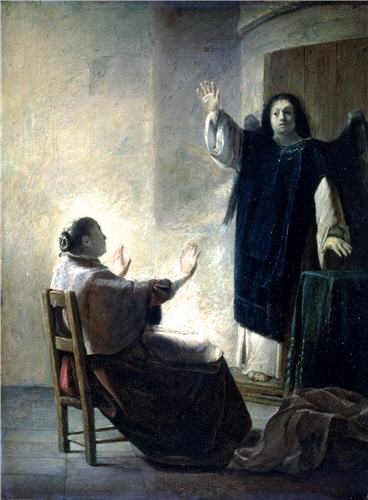