A Man Playing a Hurdy-Gurdy

The hurdy-gurdy is a musical instrument which was originally associated with the poor and with beggars.

However, in the 18th century it was increasingly played by fashionable members of the nobility who wished to celebrate the simple pleasures of the peasant lifestyle.  The well-dressed figure here may well be a portrait therefore.

The work was bought as by the great French artist Jean-Antoine Watteau, but it is now thought by some to be closer in style to his follower Lancret. 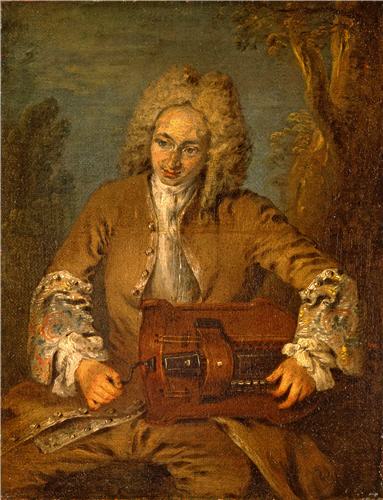