This engaging portrait depicts François Langlois (1589-1647), an engraver, art dealer and publisher, who lived in Florence and Rome in the 1620s, where he presumably met Van Dyck. In 1634 he settled in Paris. He is dressed as a savoyard, or itinerant shepherd and musician in accordance with the contemporary fashion for fanciful portraits of figures in Arcadian costume. In his hands is a musette, a small bagpipe of aristocratic origins, which was popular in court circles. A preliminary drawing is in the Institut Néerlandais, Paris.

Purchased jointly with the National Gallery, London, with financial assistance from the Heritage Lottery Fund, 1994 (No. 97.4) 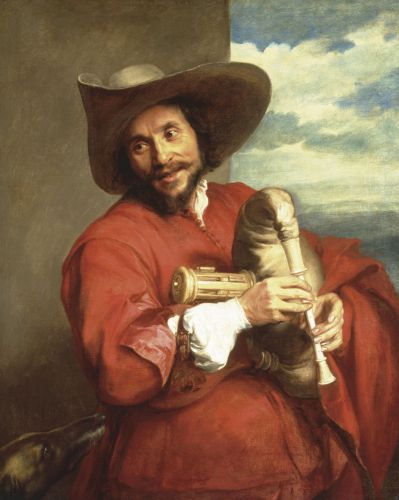