This was bought as a major work by Constable, one of a number of views of the glebe farm near Langham church, Essex.

However, the colouring and brushwork do not match any of Constable’s works and it is now clear that it was painted by a later artist.  He or she took as their starting point a mezzotint published in English Landscape Scenery.  This was made by David Lucas after Constable’s painting, now in the Tate collection.  The work therefore probably dates from the middle of the 19th century when Constable’s posthumous reputation was growing. 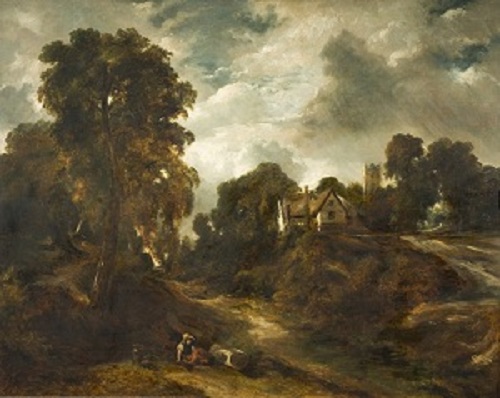