A Man with an Oar

This fine drawing is one of a number of works believed to have been made during Dürer’s trip to the Netherlands in around 1520-21.

It was among those taken from the museum of the Lubomirski family, established in the 1820s, when the Nazis invaded Poland, in 1941. On 8 May in 1945, it was recovered from the Altaussee salt mine by the Monuments Men of the US Army and transported to the Central Collecting Point in Munich. On 26 May 1950, it was restituted to Prince Jerzy (Georg) Rafal Lubomirski (1887-1978) in Geneva. It was later sold, on 30 November 1954, to P. & D. Colnaghi & Co. in London, then resold on 6 December that year to the Henry Barber Trust for the Barber Institute of Fine Arts. 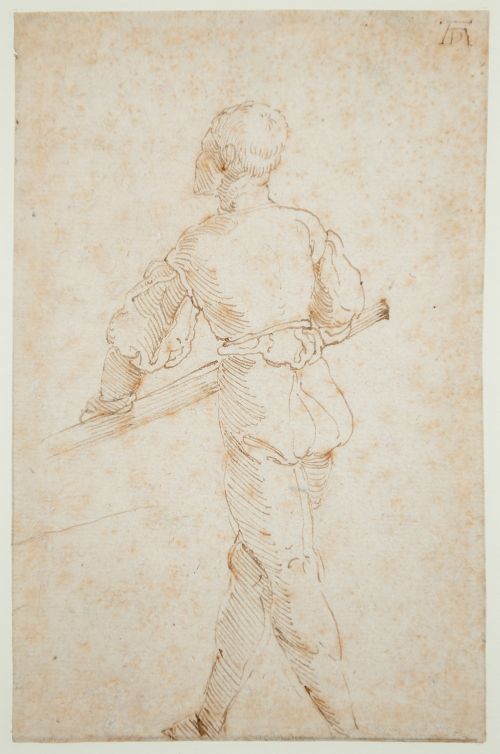