Three comparable sheets of groups of music-makers are at the British Museum, a group of five standing musicians was with Christie’s in 2003 and three separate figure studies engaged in playing an instrument are at the V&A, London. Two music-making women also feature in a drawing in the Boijmans van Beuningen Museum in Rotterdam.

Reworked areas are lighter in colour, with a different ink consistency. The medium, iron gall ink, shows typical losses, cracks and splits, and is particularly noticeable around the musician in the middle. 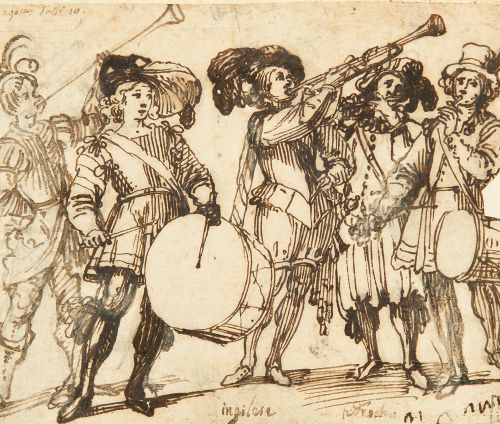