This painting was purchased as a study by Rubens of his second wife Helena Fourment.  However, research shows that both the title and the attribution are wrong.

The head was probably copied from the female figure in Frans Rubens with his Nursemaid (about 1637/8), presumably by someone with access to the original.  It may therefore be by Johann Boeckhorst (1604-1668) who was a student of Rubens.  He later worked in his studio, and, after his death, completed some of his master’s unfinished works. 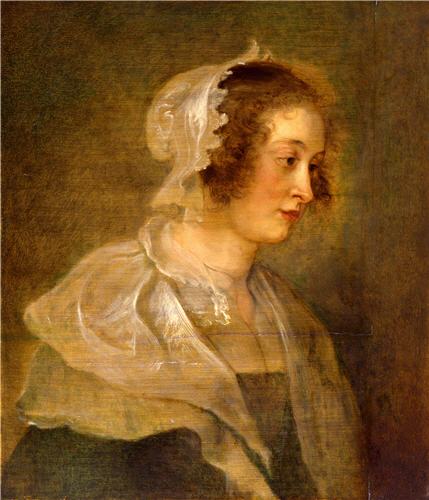