Etching and engraving with red ink

Clenched fists and furrowed brows indicate an oncoming tantrum as this brother and sister quarrel over a gingerbread man. The contrast between the children’s elegant clothing and their poses and expressions suggests they have not yet achieved the studied manners and refinement expected of 18th-century adulthood. Hogarth became famous for his satirical print series, known as modern moral cycles, which exposed the follies of contemporary society. Here he sets an affected and over-dressed urban family against the simple rural activities of a summer evening in Islington, then on the outskirts of London. 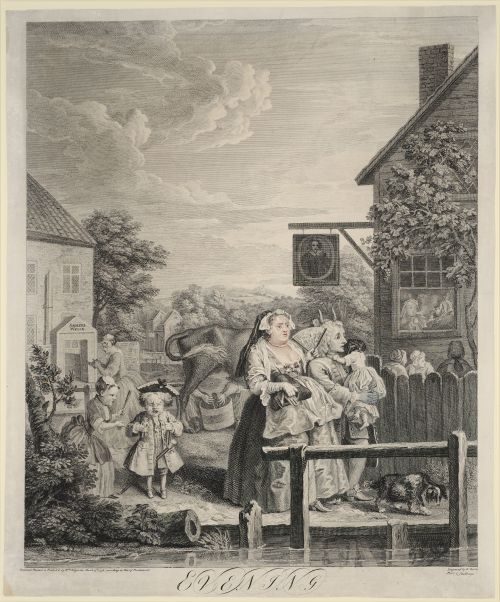