A Soldier on Horseback

Bronze with marble base

The rider may have been intended to represent St George, and as such would have held a spear in his right hand, thrust into a crouching dragon. However, the figure is out of scale with the horse, and could have been associated with it later. The composition may be related to various Renaissance prototypes, in particular bronzes from the workshop of the Paduan sculptor Severo da Ravenna (active 1496-about 1543). The Barber sculpture is, however, of relatively modest quality and is likely to be significantly later.

SEE THIS SCULPTURE IN THE CASE ON THE LANDING 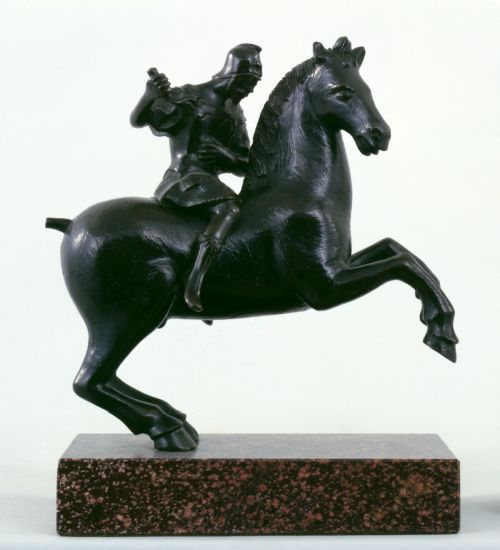