The Head of Amenhotep III

Gabbro (rock), with traces of paint

When acquired, this head was thought to have formed part of a full-length statue of the pharaoh Amenhotep the Third who ruled Egypt for forty years at the end of the 14th century BC. He wears the Khepresh, the blue royal headdress, which is decorated in the centre with a cobra, symbol of divine authority. During his peaceful reign the pharaoh commissioned more than a thousand statues of himself. It is now generally accepted, however, that this sculpture is a forgery, copied from a bust in the Louvre, Paris. It was perhaps made in response to the hugely expanded appetite for Egyptian antiquities following the discovery of Tutankhamun’s tomb in 1922. 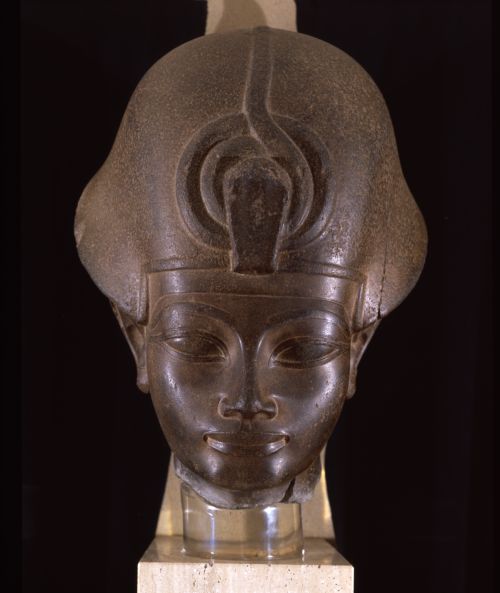