Pax: Christ in the Tomb between the Virgin and St John the Baptist

This relief is a pax, or tablet, one of many such objects commonly used in the Middle Ages and the Renaissance as a substitute for the Kiss of Peace in the Catholic Mass. The priest would kiss it first, before passing it to other clergy and the congregation. It was usual practice to include an image of Virgin Mary and/or Christ on the object. This pax is inscribed in Latin on the lunette (the crescent-shaped border at the top): QUI.TOLIT.PECCA. MONDI. The phrase comes from John the Baptist’s reference to Jesus (in John 1:29), which translates as, ‘Lamb of God, who takes away the sins of the works, have mercy upon us’. 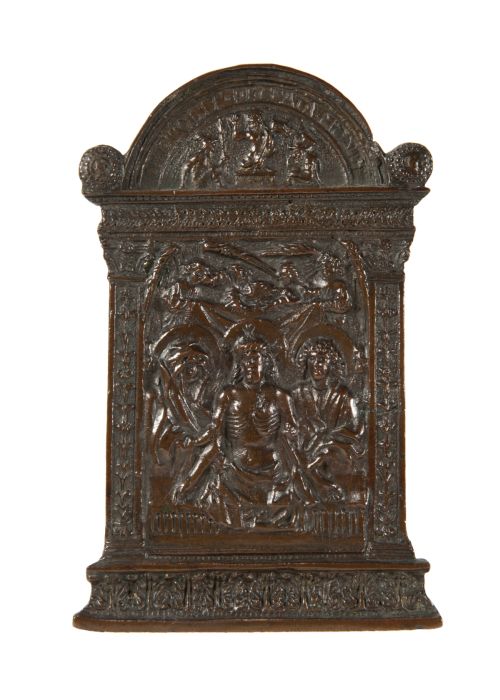