This violent and dramatic hunting scene, after a painting by Peter Paul Rubens (1577-1640), shows horses, men and wild beasts masterfully entwined, the range of facial expressions and contorted poses portraying the fury and fierce determination of each.

The central horse, legs outstretched, head and neck arched back with lively rolling eyes is probably based on a famous marble in Rome of a similar subject. The handling of the horses is also similar to those in Leonardo da Vinci’s celebrated fresco in Florence depicting the Battle of Anghiari, now destroyed. 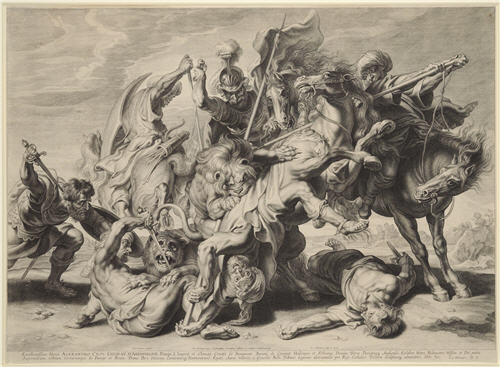