Daumier was a Republican, but there is no sense of triumph in this depiction of the Monarchy as a withered corpse in an open coffin.

The Franco-Prussian War (1871-2) and resultant turmoil created horrifying living conditions for working-class citizens in Paris. Daumier, humbled by the experience of the human cost of conflict in starving civilians, found no place for humour in this work. Whilst his other caricatures are full of visual jokes, this, the last he produced for Le Charivari newspaper, is chilling and unflinching in its representation. 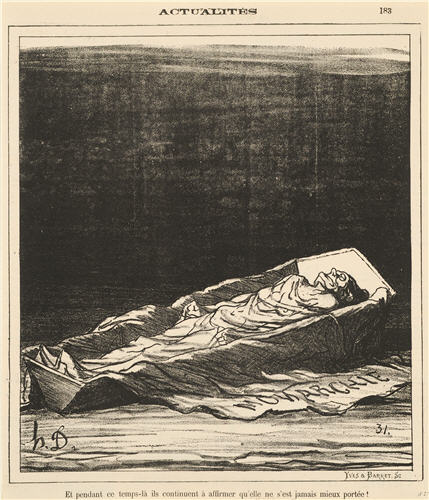