Giambologna trained in the Southern Netherlands before moving to Florence to work for the Medici, where he became the leading sculptor in Italy. He made many models for small bronze sculptures, including a series of the Twelve Labours of Hercules, which were much copied. The prime version of this bronze was made for the Medici in about 1584 apparently as a single figure; but the model was often paired with the dragon Ladon (relating to the 11th Labour).

SEE THIS WORK IN THE RED GALLERY CASE 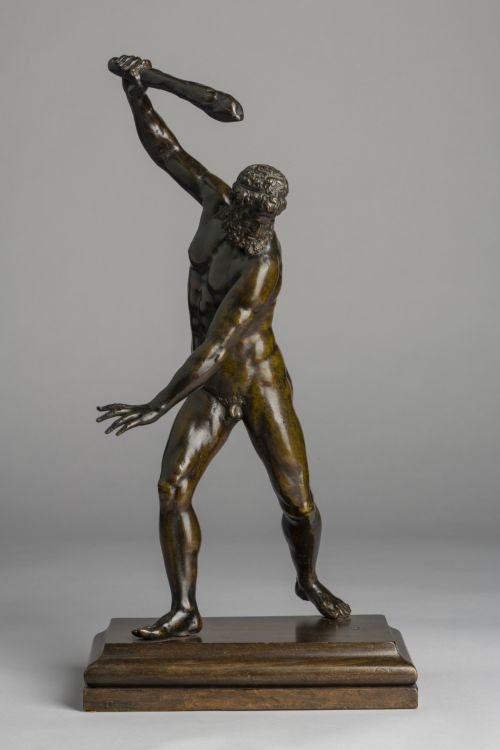