Barye was the foremost of a group of 19th-century French sculptors who specialised in small bronzes of animal subjects. They exploited newly developed techniques of mass reproduction to generate numerous casts of their models for a growing middleclass market. This model was one of Barye’s most popular and continued to be cast by authorised French foundries up to the 1940s. The tiger’s tensed muscles are brilliantly observed and convey a powerful sense of menace. 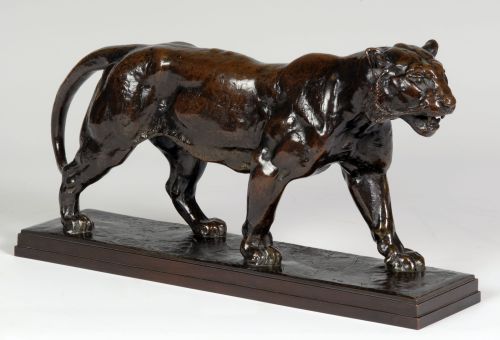