Lucas Vorsterman (1595-1675) was a talented engraver who was employed by Rubens to create reproductions of the master’s work until a violent dispute ended their relationship.

This engraving is one of 80 prints that appeared in Van Dyck’s series ‘portraits of famous men’, later known by its 18th-century title, the Iconography. Vorsterman worked closely with Van Dyck on this series. Curiously, although Vorsterman turns his head towards us, he is looking to the side. This creates a sense of movement and suggests that his attention has suddenly been engaged. 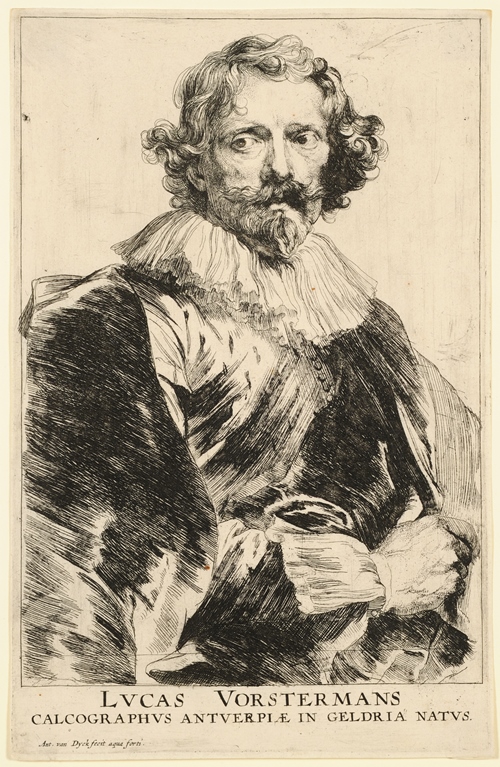