It has been suggested that the huntsmen might be the three sons of Cornelis van Beveren, a diplomat and wealthy patron from Cuyp’s home town of Dordrecht. However, there is insufficient evidence for this. They wear fashionable Hungarian hunting costume and are accompanied by an exotically dressed black servant or enslaved person, another sign of their wealth. The huntsmen rest in a landscape bathed in a warm golden light more associated with southern Europe than Holland. Cuyp did not visit Italy himself, but he studied those Dutch artists who adopted the poetic light of Claude Lorrain. 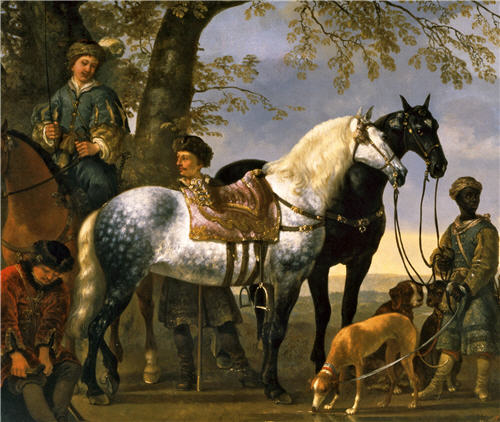