Where art, music and performance – contemporary and historic – meet, and encounter research from across academia, the Barber’s evening Nocturnes events are a groundbreaking, thought-provoking and enjoyable aspect of our Lates programme.

Nikki Sheth created this piece for our Lates event ‘A Night at the Paper Museum’ in June 2019. It was played in the Red Gallery, alongside the landscapes of Rubens and Auerbach.

‘The inspiration behind this piece came from two images from the ‘Paper Museum’ exhibition; ‘African Civet’ and ‘Bird Mosaic’. Having been on the field recording trip to sub-Saharan Africa in 2017, which is the native home of the African civet, it seemed fitting to use these recordings for the piece. The majority of the recordings taken on this field recording trip featured the sound of bird calls, therefore, the piece is a sonic mosaic of bird calls that slowly evolve and transport the listener to the different terrains of the natural environment.’

Be magically transported by the sounds of the sea… ‘Shorelines’ by Mark Ferguson is a reflection on and re-imagining of the sounds from the Isle of Skye.

The piece was also part of our Lates event ‘A Night at the Paper Museum’ – played amongst the seascapes in our Blue Gallery, including Gustave Courbet’s ‘The Sea-Arch at Étretat’.

‘Reflections and re-imaginings from Talisker Bay Beach, Isle of Skye.

Ancient, volcanic activity and deep tectonic shifts. Lines of ancestral connection between past and present shores.’

‘Shorelines’ was realised in the Electroacoustic Music Studios at the University of Birmingham between December 2018 and April 2019, with support from the Midlands4Cities Doctoral Training Partnership and AHRC.

Percy Wyndham Lewis’s portrait of his wife, ‘Froanna’, of 1940, were the focus of Nocturnes: A Woman Refigured in May 2019, and featured a composition played at the event, created by Emma Margetson – to which you can listen here.

Considering the lines, colours, shapes and shading of Wyndham Lewis’s chalk drawing on blue paper, this 8-channel composition uses close-up microphone recordings of chalk on paper with blue (high frequency) noise and electronic sounds to transport the listener to an abstract interpretation of the emotive image.

Following the gestural strokes of chalk on paper, what do you hear? What do you see?

… a perpetual gaze…
… a clasped posture…
… a wife who was hidden from view…
… intensity…
… a sense of strain…
… an unfolding from the colour… blue…?

Listen with headphones for the full spatial experience. 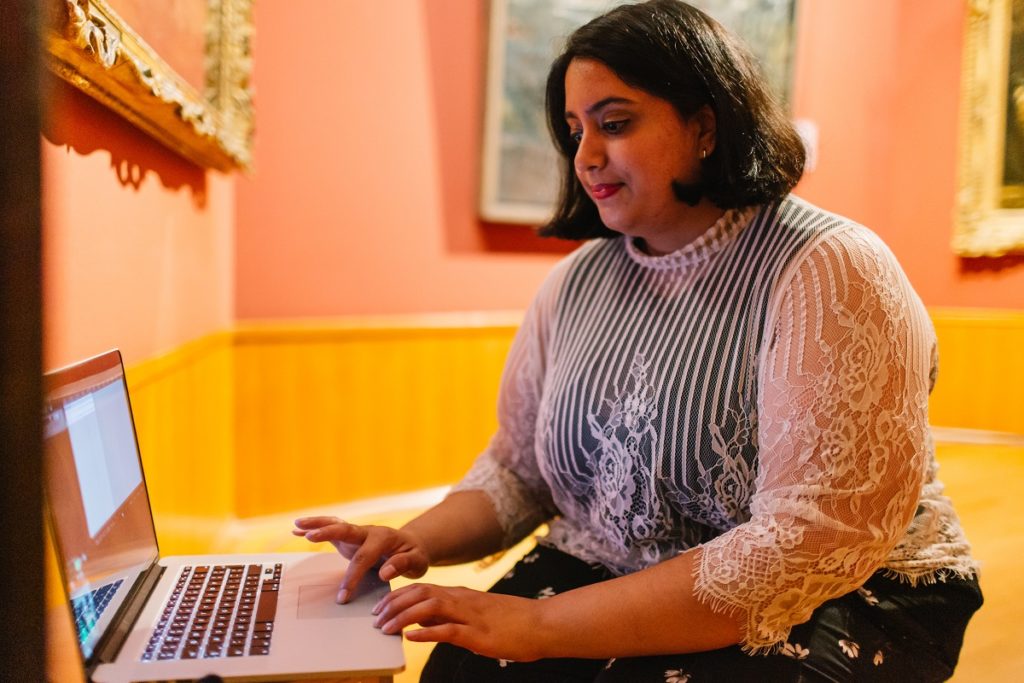 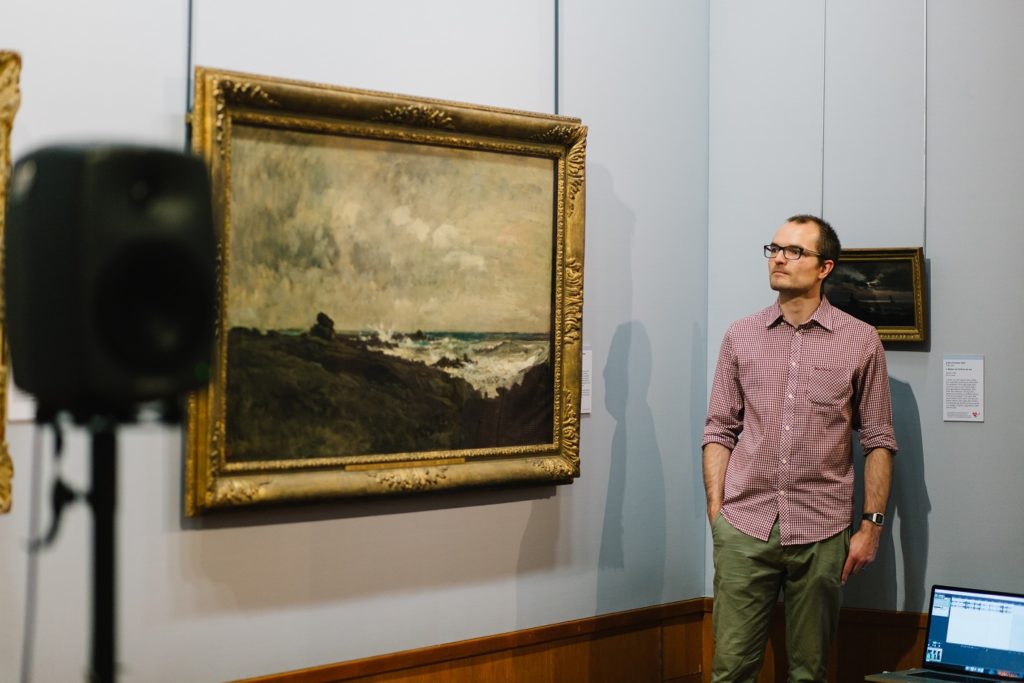 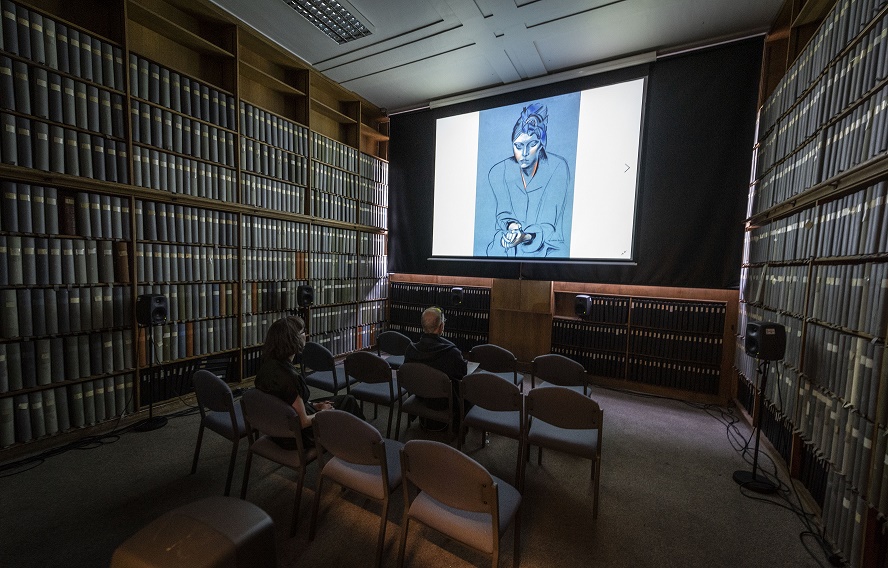