Early on in his career, John Brett, the leading Pre-Raphaelite landscape artist, visited the West Midlands where he produced this view of Warwick Castle. This watercolour study is, along with an early sketch, the only record of a now lost oil of the same subject. It shows the cliff-like south façade of the castle, the sheer bulk of the structure contrasted with and softened by the brilliant summer evening sky. In the foreground, children in a punt pick lilies in the River Avon. 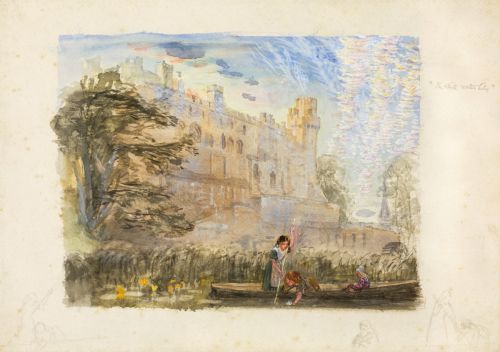